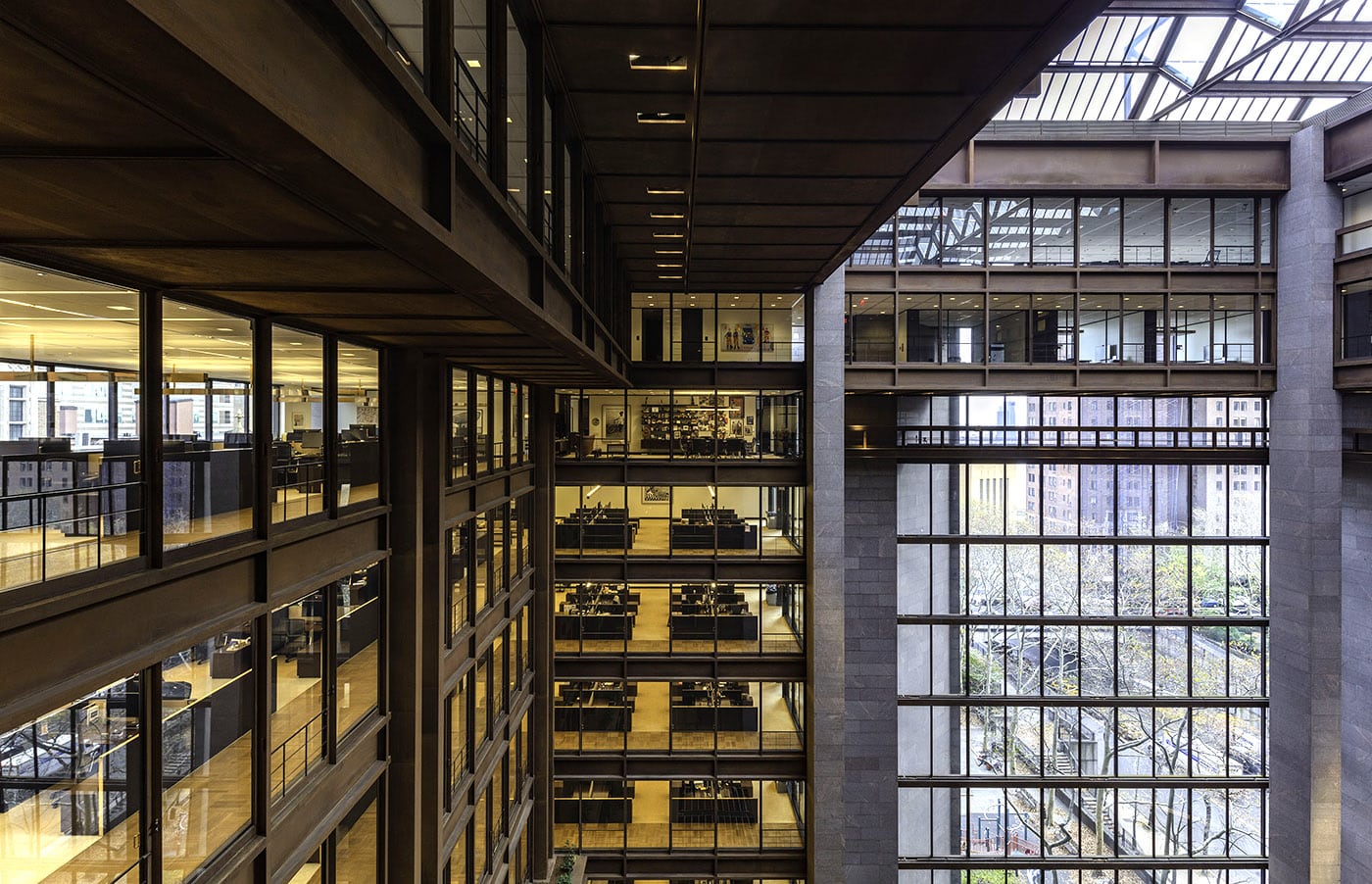 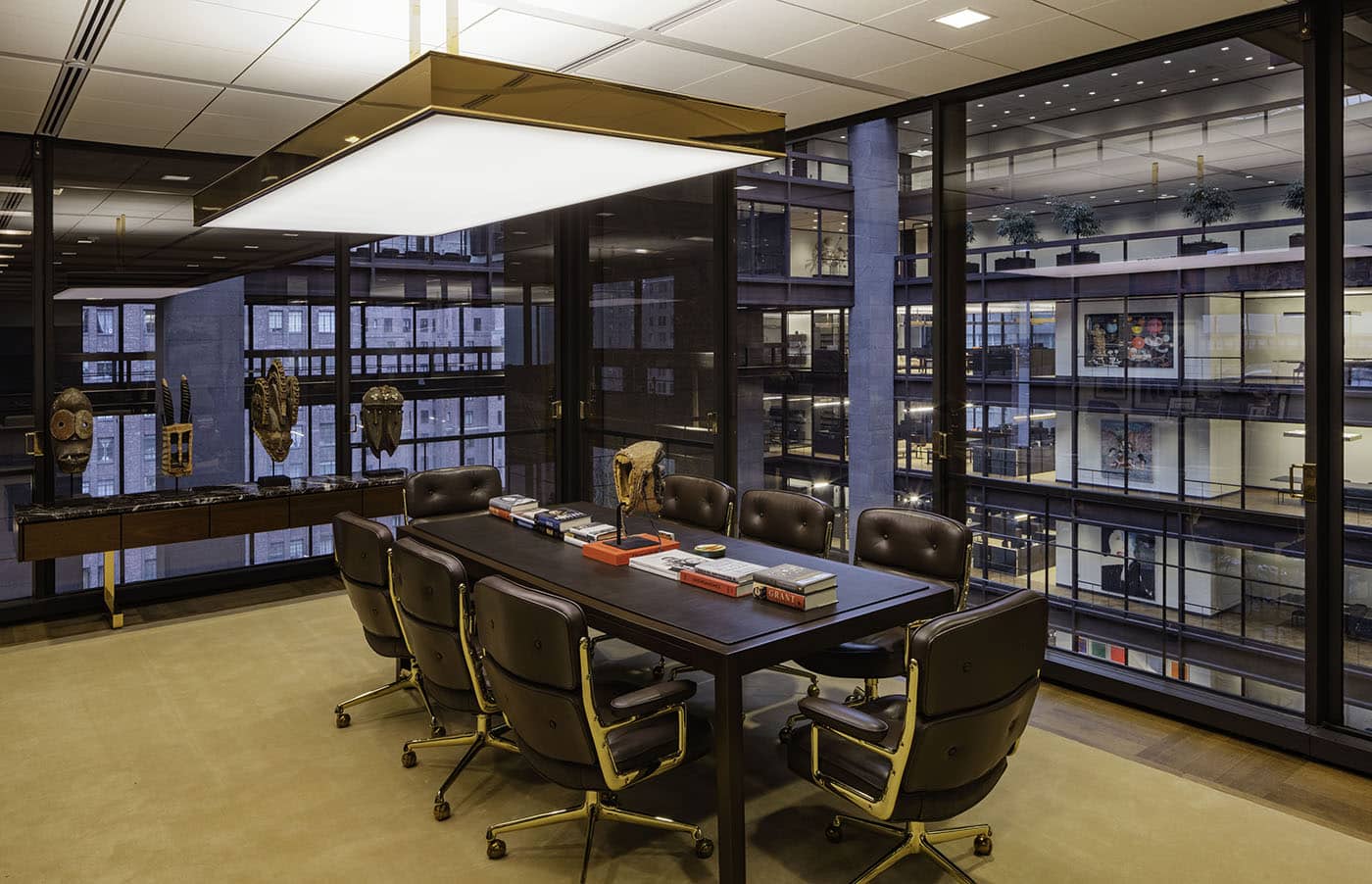 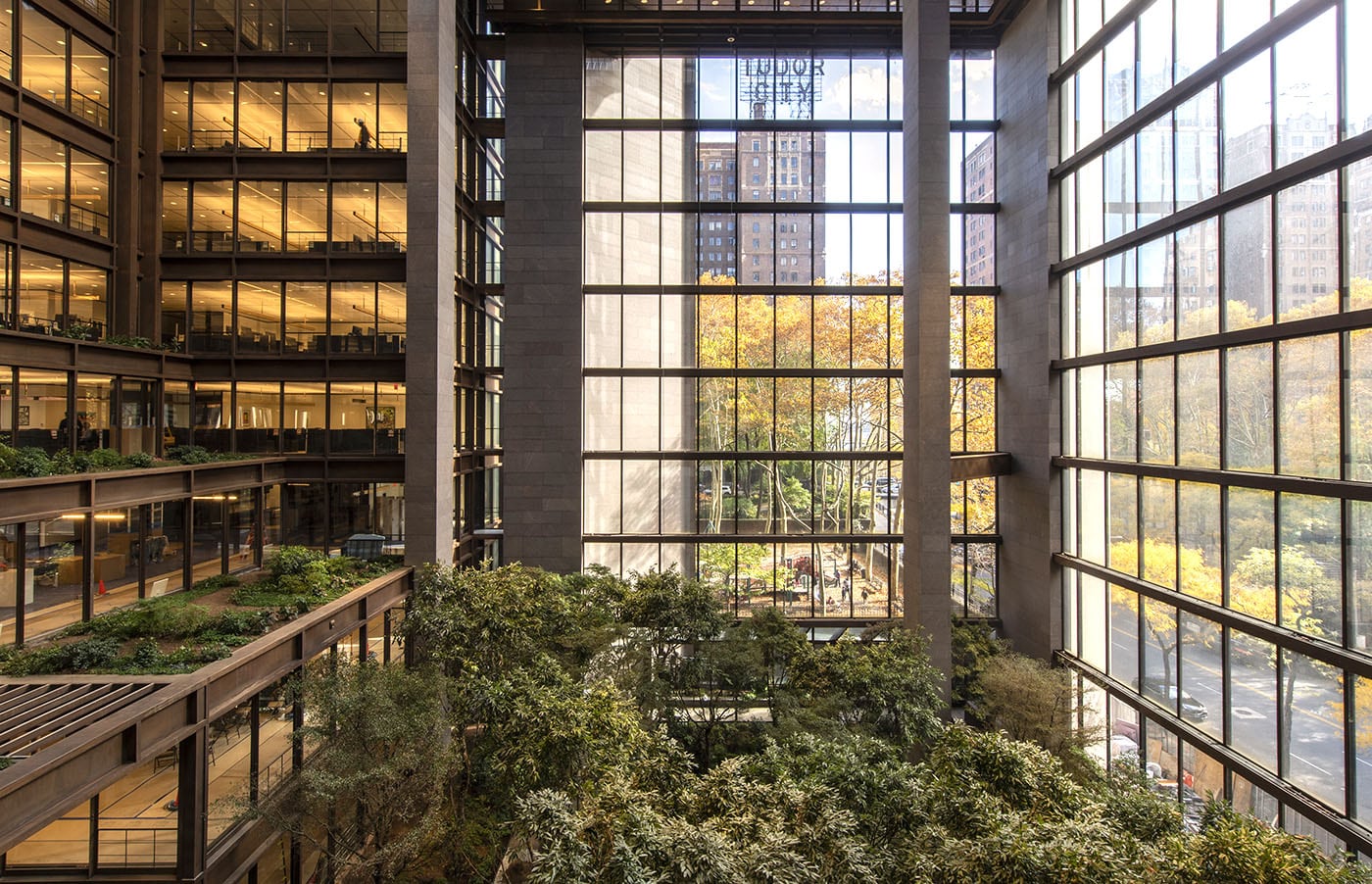 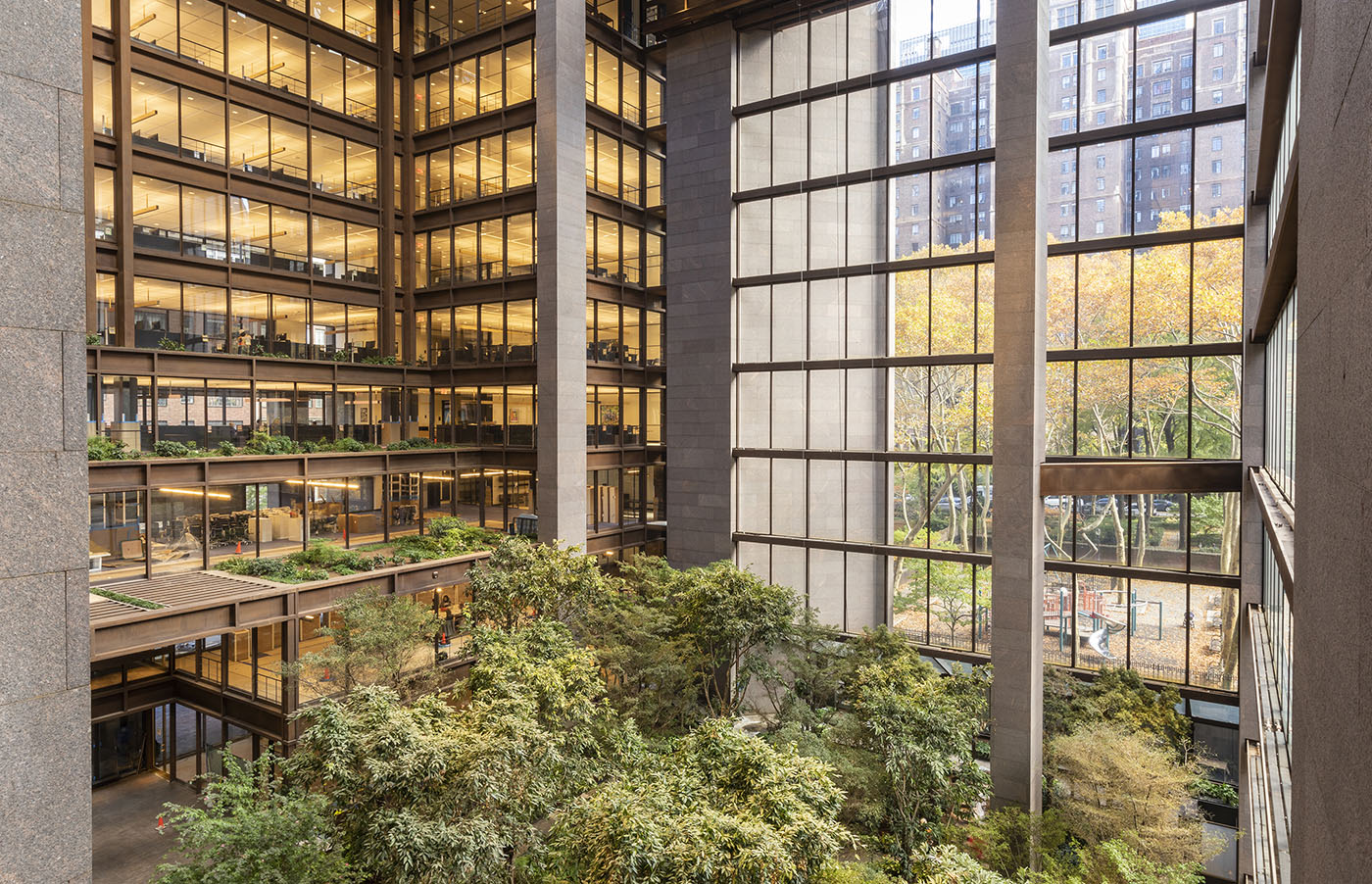 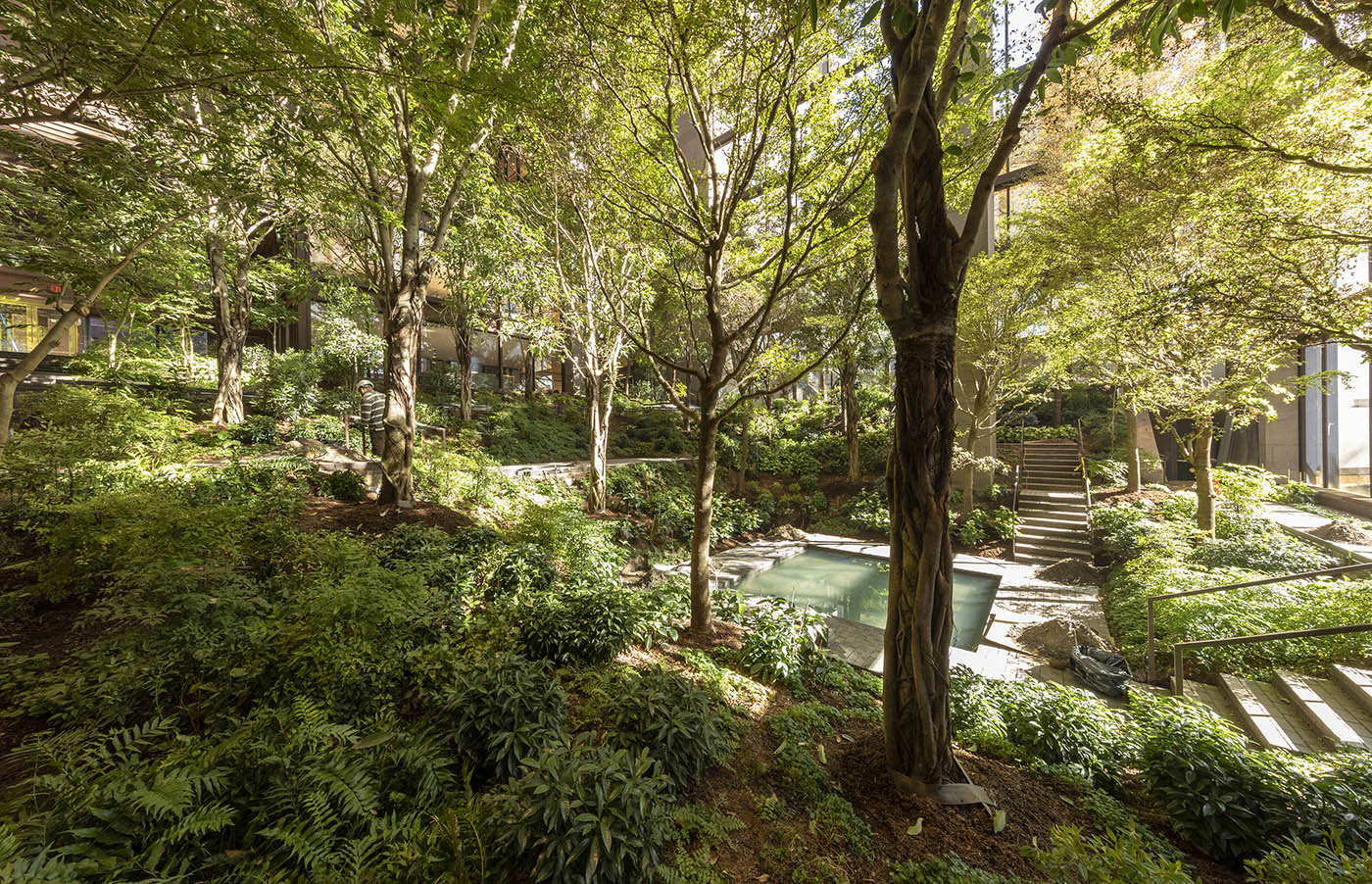 Since 1967, the Ford Foundation’s headquarters at 320 East 43rd Street has been a gem of New York City architecture and a beacon for the social justice community. Designed by Kevin Roche and John Dinkeloo, the building wraps around a large, landscaped atrium – one of the first of its kind – which was designated as a New York City landmark in 1997. The Foundation has been a dedicated steward of its iconic structure for 50 years, but city code required critical fire and other updates before 2019, bringing about the renewal process that began in 2014.

In October of 2015, Henegan joined the Ford Foundation Building Renewal Project team as Construction Manager and began the year-long Preconstruction Phase. In October of 2016 the building was vacated and the gut renovation and restoration project began on site. First was the extensive asbestos abatement phase. Then came demolition of most of the interiors, including excavation of the existing atrium garden and the dismantling and removal of the massive mechanical equipment located in the Sub-C level basement. The construction began with replacement of the entire HVAC and electrical plant and distribution, full-building sprinkler system, roof and skylight system restoration, Corten steel removal and refurbishment, masonry and glass building envelope repair, and the overhaul of all elevators. A full-building fit-out of all interior space followed, including selective restoration of many historically important features, including the retrofit of custom brass light fixtures.

When the building reopened in the Fall of 2018, its occupants moved back into the Ford Foundation Center for Social Justice, a contemporary workspace that is collaborative, open, accessible, and green. It features a welcome center, an art gallery, and two full floors for events and programs—as well as space being leased to like-minded organizations. The efficiency of all mechanical systems and lighting systems has been enhanced through the modernization and replacement of the building infrastructure. The environmental systems, egress and life and safety systems, and the interior atrium garden court are all upgraded to meet modern requirements for accessibility and energy efficiency.

The project achieved LEED Platinum certification and has won praise and recognition from several organizations.  In addition to The Architectural League award to Ford Foundation President, Darren Walker, for his mission-driven vision, other awards include:

View All Projects
Back To Top